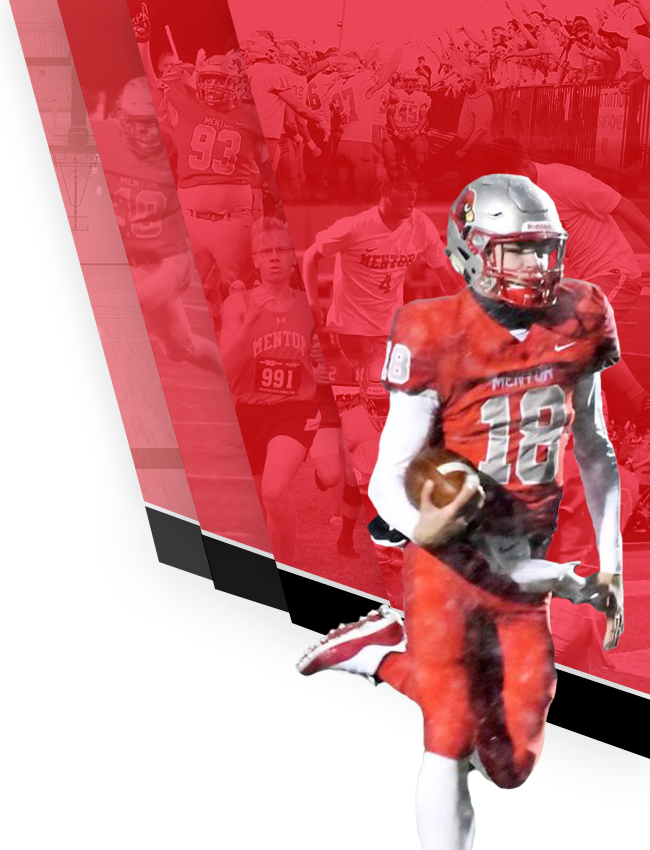 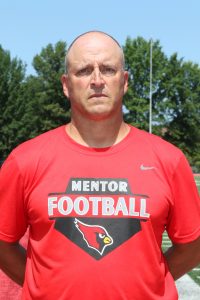 February 6, 2019 — Mentor High School Football Coach Steve Trivisonno announced plans today to make the 2019 football season his last as head coach of the Cardinals. This will come at the conclusion of his 23rd season at the helm of Mentor High School’s standout football program.

“This is not an easy decision to find the ‘right time’ to go– I’ve spent a lot of time saying I don’t want to stay too long and I don’t want to leave too early,” Coach Steve Trivisonno says. “Throughout the years, I’ve worked with such great kids and parents and the coaching staff– it has been an honor to watch our players grow and to see what they are able to accomplish as they venture out into the real-world.  We’ll finish strong and then it’s time for me to move on– but I will always be a supporter of Mentor Football and the students we’ve helped shape along the way.”

Coach Trivisonno started in Mentor as an assistant coach in 1988 and moved into the head coaching role in 1997. And, from there, built the Mentor High School football program into what it is today. Since 1997, Coach Trivisonno has led the Cardinals to 196 wins, 18 playoff appearance seasons, four regional championships, five final four appearances and four state runners-up titles, and he has earned numerous Coach of the Year awards. (Current overall record 196-69)

But, it’s not just about what happens on the field that makes Coach Trivisonno so special in Mentor. He has a very strong commitment to community and spends a lot of time teaching his student athletes the importance of giving back to the neighbors who support them through the opportunities provided in Mentor Schools. He has served as an excellent role-model, far exceeding the expectations of what it means to be a good coach.

“We’ve always been able to count on Coach Trivisonno to run the football program in a way which makes you feel proud – and he has been able to make a tremendous impact on the lives of hundreds of student-athletes during his coaching career,” says Bill Porter, Mentor Schools Superintendent. “While Coach Triv will certainly be missed, the many lessons– about attitude, gratitude, hard work, dedication, determination and more– he’s shared with not only his athletes, but all of us, will last a lifetime.”

We hope you will join us in wishing Coach Triv and the Cardinals the best of luck for the 2019 season. The process of naming a head coach replacement will commence following the 2019 football season.